Model 1: Very Grace Kelly in tone, this bride is very minimal and classic. The hair was set using a curling iron and then divided into two sections from the top of the head into the nape the hair was gathered together into a rope braid, push/pulled and put into a loose chignon in the nape of the neck. The hair from the hairline was then twisted, ruched, opened and draped over the head and blended into the chignon at the nape of the neck.

Model 2: The hair was marcel waved throughout the entire head, starting at the top surface and slowly working down the head and into the interior. The hair was then gathered into a low chignon bun and placed into a faux bob.

Model 4: This classic look features the hair in a soft wave and chignon. The hair was divided into a side-­?part, marcel waved through the side and the remaining hair was tied into a low ponytail. The hair was then divided into several ropes and push/pulled into an open chignon bun in the nape of the neck. The wave was blended into this.

Model 8: In this soft wave look, the hair was horizontally waved using a marcel iron to create big, soft waves. It was gently brushed through. Then using a meshing technique, the hair was backcombed very lightly and then dry finger waved.

Model 9: The hair was divided into a low side parting then set using a marcel iron, the hair was brushed out allowing it to softly wave. The low side sweep falls across the forehead in a rope braid, then gently push/pulled.

Model 11: The hair was vertically set using a marcel curling iron, then gently teased around the ear for volume and cascaded back into a low ponytail with a half up half down effect and the rest of the hair was allowed to softly cascade creating vertical ripples and the suggestion of a faux bob with a long back.

Model 12: The hair was sleeked off the face and pinned tightly to have a snug effect. All of the hair in the back of the head from the crown to the nape was set for curl and texture. The hair was then backcombed using a cotton candy technique, the hair was then smoothed into a very large bun and pinned, then sewn with a yellow embroidery silk to create valleys and peaks. A necklace was placed around the head instead of a traditional tiara. 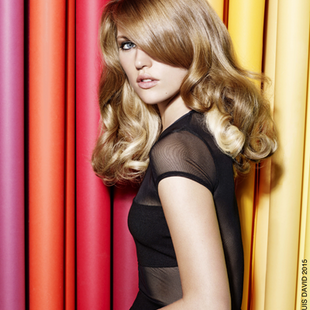 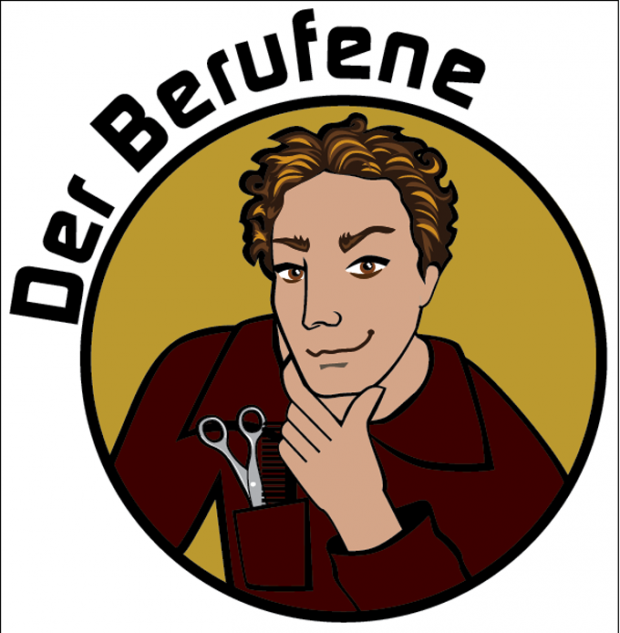 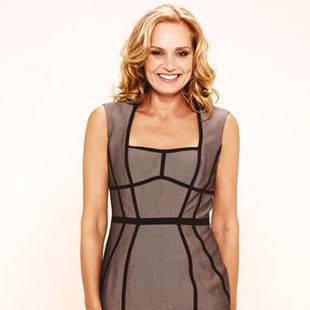 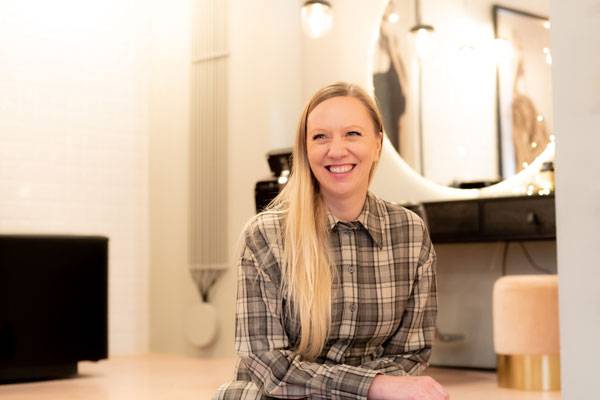