The power and aficiÓn of the matadoress is at the crux of Maria Vaughans Conquista collection.

The Conquistas natural tendency to win as a result of killing  a lust for conquering the enemy  provides a complex tapestry of culture and psychology as the foundation of the hairdressing in this collection.

Her woman, like a masculine, toreador warrior possessing self-assured sexiness, she must overcome deep-seeded primordial fears to succeed.

Each hairstyle stems from this character and other influences, original or reappropriated: the force the bull fight in Picassos Guernica, the flair of 20th Century flamenco dancer Carmen Amaya (Queen of the Gypsies), Vidal Sassoons 1955 Spanish hairstyles and Dolce Gabbanas Spring-Sumer 2015 Paris collection.

Smooth and graphic hairstyling formed sculptural shapes representing the bull and the statuesque matador in the ring, while tightness of shaped braids remind the viewer of the beloved bull.

Then tight and edgy cornrows moulded into sculptural shapes stridently continue the theme.

Vivid textures play with light to re-live the sheer fierceness of the dance of the Corrida de toros (bull fight).

And not forgetting the dress of the Conquista with its sharply, triangular matadors hat, it is represented in the collection by strongly shaped curls formed to pulsate with the adrenalin rush of hunter and hunted zigzagging roles.

With every opportunity taken, the hairstyling interplays with the sumptuous styling lavish in Spanish ornamentation. 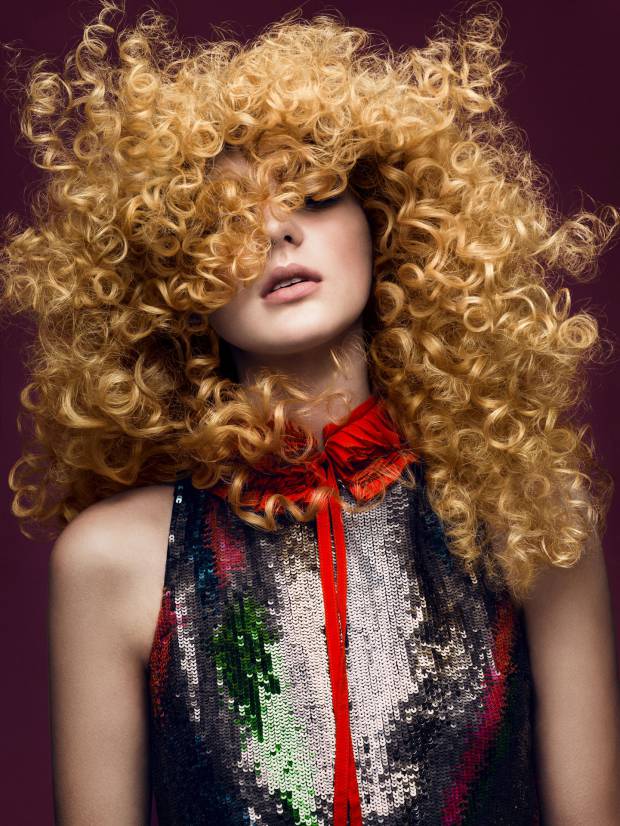 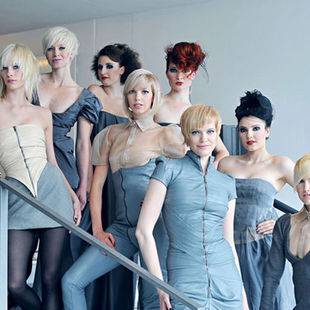 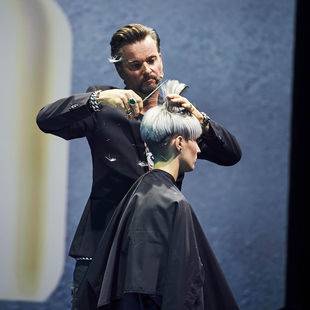 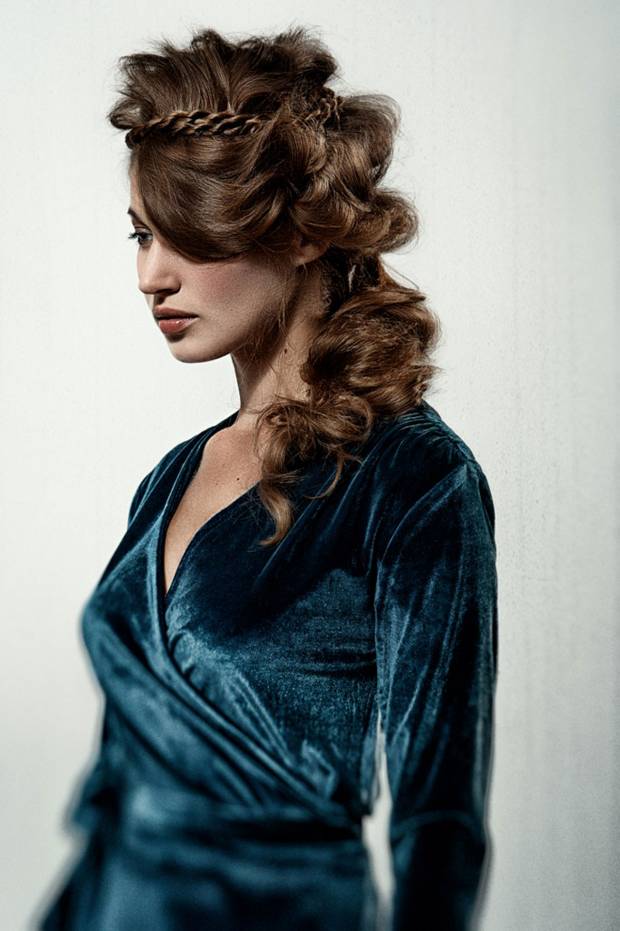